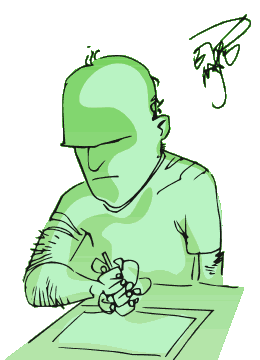 I took the opportunity and used this year’s New York Comic Con as a means to conduct a few interviews. This time around you’ll hear from Erik Larsen.

Larsen is a cartoonist, one of the original founders of Image Comics, and sole creator of the comic book series Savage Dragon.

Larsen still produces Savage Dragon. You could even say the title has entered a new revival period as its creator takes the book and its cast into new directions while remaining on a tight schedule.

Erik was also announced as the artist of the upcoming Supreme relaunch from Extreme Studios … illustrating Alan Moore’s final Supreme script and picking up where the writer left off so long ago.

In the interview, we discuss his work on Savage Dragon as well as cover the basics of the Supreme announcement.