To anyone who followed me in my Teenage Wasteland era, you may remember my slight enthusiasm for a book called The Unwritten. A Vertigo/DC series helmed by writer Mike Carey and artist Peter Gross that explored the ideas of story and culture and their affect upon the world.  Well, after months of being behind in my comic book reading and a week of open time due to spring break, I finally managed to catch up on a majority of the series I follow.  The Unwritten did not impress as it once did. 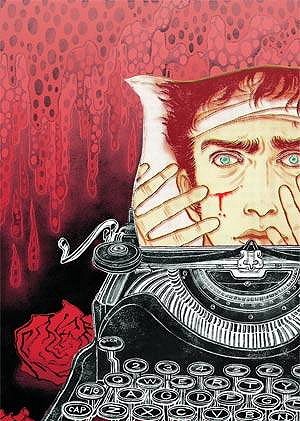 Now, The Unwritten had already fallen off my radar prior to the spring break catch-up. I was no longer grasping for the next issue. I was no longer reading and re-reading the issues already in my possession. I was no longer playing along, digging into the comic looking for clues or themes. That reaction I had toward The Unwritten died months ago – probably around issue twelve if I were to guess. I did still enjoy the book on some level, though. I thought it was a good series, one that I would certainly gain a likable experience from once reading it in a stack of three or four issues. Not the case.

The Unwritten, the most recent issues, read like a story that had lost its steam. The giant questions and mystery of the series seemed to be gone or on their way to a halt. There was nothing propelling the book anymore. Tom Taylor’s father had been dealt with, Lizzie Hexam was no longer a question to us, Tom seemed to be comfortable with his role: where was the conflict?

I guess there is the question of the map and the world hopping as Tom Taylor, our protagonist, uses the wonderful, little map in his possession  to travel across fictional worlds using a mystified door knob, but this new direction or focus feels very much like some video game – ified version of a comic book. Each setting feels like a new level in a larger scheme of some goal oriented quest, leaving the conflict in a very two-dimensional fashion. The series’ beginning had many subplots buzzing around, and Tom Taylor’s own existence was constantly bombarded with new questions and ideas. Now, it’s world hopping, in video game fashion, to discover this thing titled “the source.”

I don’t know. I am not thrilled or fascinated by it.

The subplots also feel lackluster. Savoy, Tom’s compadre, seems to be turning into a vampire after suffering a bite from the series’ villain, Count Ambrosio, Tom and Lizzie seem to be sexually attracted to each other, and the big, bad organization out to get Tom is applying new management, but none of this compares to the tension the first ten issues of The Unwritten supplied. Big things were happening in those early issues. Questions of perception, presentation of media and the intrusion it makes upon our lives, Tom Taylor being a scared, little man on the defensive, the Frankenstein monster, murder, prison, Nazis, a scary hit man with a bad ass mustache: these things do not compare to what the series focuses on now. Not even close.

Or blown its wad. 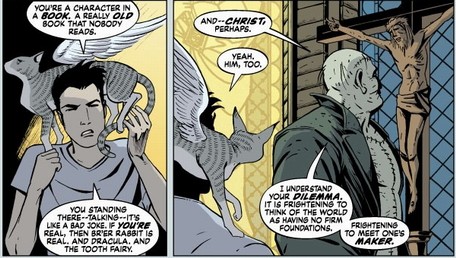 Here is the thing. The comic book, The Unwritten, is built off a pretty cool high concept. The idea of a fictional character living in our world, fiction and stories crossing paths with our reality, and the idea of dictating truth with fiction are concepts that have been dealt with before, but the Unwritten fused all of this together in an exciting, explosive way that required you to dive full in. Carey applied a piece of the Lost method of storytelling, providing more questions than answers and building a sense of something major lurking in the backdrop. This, along with the high concept, was the hook. As described though, the Lost-like tension has left, and well, the high concept is not exactly as intriguing as it initially was.

Up front, the book’s premise was really attention grabbing. It gave the book some real balls in a sense, making the reader feel like it was possible to get some big answers, big ideas from this 22-page monthly.  How does fiction affect us? What other magic is there to explore? Are we better or worse off with the amount of narrative in or daily lives? I was grinding on this stuff. Then the magic of the premise goes away. Then it just feels like something expected. Then is becomes standard.

The point here is: high concepts are wonderful tools to create initial excitement and interest in the story you wish to tell. High concepts can also provide great starting points or settings for your narrative. Honestly, high concepts are pretty essential to the art of story, as the concept usually is the origin point. I mean, where is Jaws without the giant shark? Where is Homer’s Odyssey without the long trip home? Where is The Pit and the Pendulum without the fucking pendulum? The high concept defines the narrative in a sense, but the narrative needs more than just the high concept. The narrative needs characters, needs conflict, needs suspense, needs subplots, needs dialogue, needs theme, and in the case of comics, needs art – good, or even better, GREAT art.

The Unwritten has a few of these things. The Lizzie Hexam character is still pretty interesting, easily the most compelling cast member. The book certainly has a theme or themes it is exploring. The conflict is there in a sense, just not as fascinating as originally shown. Peter Gross is a good artist, probably one of the better working at Vertigo.

With this selection of elements, though, the comic still dangles. The writing is not strong enough to match or carry on the enthusiasm instilled by the first contact of the premise. The sharp decline in quality is actually more noticeable because the premise grows standard. As a reader, loving this book, you finally look past the high concept and make judgment that the series does not really have a whole lot going on for it. It almost feels like a takeaway, making you question whether the book was really ever something special or just something average covered up by a catchy idea.

I am not completely sold on that idea, though. I do feel the early issues of The Unwritten were something worthwhile. The writing there was worth reading as the early issues had more to them narrative wise. The surprise and energy of the high concept did have a large effect on my enthusiasm, though. That’s what kept me reading. That’s what kept me talking and praising. 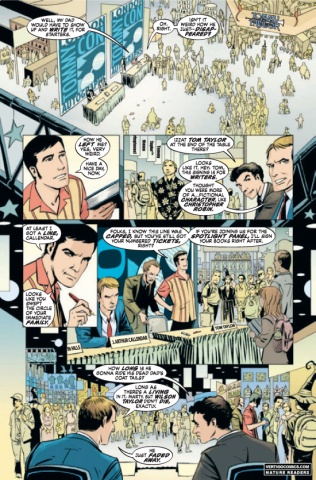 When it all died down, though, The Unwritten just did not have the backup quality to ensure my continued interest. The writing was not all there, and the investment it put into its high concept just did not pay off to keep me buying for the entire series run.

I feel that’s the threat of the high concept: they can easily get in the way of a writer actually writing a strong story. It seems like an author could easily forget to check for all the elements a strong narrative requires and instead piggy back on the premise.

In a world where “independent” comics continually strive for the next big high concept gold mine, trying harder and harder to appear more mainstream, you can see where this threat of the high concept could appear worrisome. Writers looking to take this approach need to realize that the premise alone will not keep your narrative strong. The other elements are need; the other elements make the story strong and memorable in the end.

The lack of the other elements is why I am dropping The Unwritten.